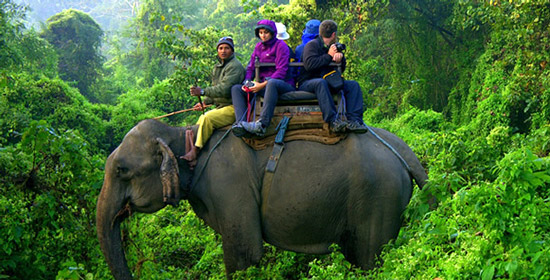 Bharatpur (भरतपुर) is a city in central-south Nepal. Located in Chitwan Valley, it includes the former community of Narayangarh and in common speech still often is referred to as such. Bharatpur is the district headquarters of the Chitwan District and Bharatpur is the seventh largest city of Nepal with the population of 125,112 (117162-2005 census). Bharatpur is one of Nepal's fastest growing cities. It lies on the banks of the Narayani River and is the headquarters of Chitwan as well as a commercial centre of Chitwan district and central region of Nepal. It is located at the center of Mahendra (east west) highway and Kathmandu - Birgunj (North-South) road corridor. The proximity of this city from Kathmandu (146 km), Pokhara (126 km), Butwal (114 km), Birganj (128 km), Hetauda (78 km) and Gorkha (67 km) has augmented the importance of its advantageous geographical location. In addition to good road access, Bharatpur has regular daily air services to Pokhara and Kathmandu.

Most of the shopping area lies in Narayangarh, while government offices, big hospitals and colleges are situated in other parts of the city, including Nepal's premier cancer hospital, B.P Koirala Memorial Cancer Hospital. The economy of Bharatpur was traditionally based on agriculture. The agricultural land is gradually converted into the residential and industrial areas. Basic industries of Bharatpur are processing industries of small scale. A large number of poultry industries have developed in the municipality. It is believed that it covers more than 60% of the total poultry demand of the country. Moreover, this municipality has a substantial volume of poultry products for export trade. Other meager production of the city are Honey, Mushrooms, floriculture, and service industry (education and health). Chitwan is regarded as food surplus district, which is processed in Bharatpur and sold to major cities of the country including Kathmandu and Pokhara. Besides, multinational companies like Coca-Cola and San Miguel are also situated within the city. A large number of business and trading houses are based in the city. The major companies have opened their branches in the city. Its central position along with the crossroads of Bharatpur enabled it to increase its wholesale and retail trading function.